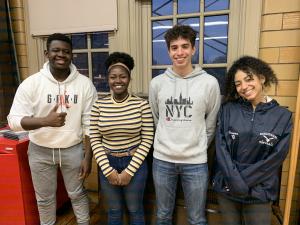 The Effect of Flooding on Plant Diversity in NYC

Because of recent severe flooding after Hurricane Sandy, we expect plant life acquired in flood zones such as Williamsburg, Brooklyn and Marine Park, Brooklyn to have differences compared to those in non-flood zones. Because of salt water mixing with soil in these flood zones, the plant life in the areas may have had an influx of salt, causing the plants to be damaged and show burns or rotting in leaves whereas those in normal salt level will have it’s normal green leaves. Soil can also stunt growth and kill off plants if there is too much salt in the zone, which may result in a decreased number of plants in areas near the coast of NYC (3). We expect each plant that we gather to have different DNA compared to those in non-flood zone and we may observe such damage on he leaves (lesions, discoloration).