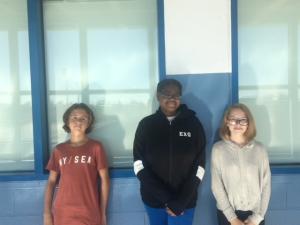 At the turn of the century, oysters were abundant and shipped worldwide. However, after years of overfishing and harvesting of CaCo3, the populations dropped drastically. With that, many oyster reefs were destroyed due to the aggregate found in shells still attached. New York is now trying to boost numbers and repair the ecosystem after the fall of the species. After creating a new oyster reef in the tidal wetland located on the campus of Long Beach High School, there are now many organisms growing on the backs of oysters and around the reef. We are now trying to analyze what species are attracted to the oyster reefs and why they are engaged. By finding what organisms are attracted, we will be able to better understand the role of oysters in the ecosystem. They are known to be keystone species. To what effect is this statement true? The purpose of learning why certain organisms are attracted to the reefs will not only give us more information about species, but also about how we will b