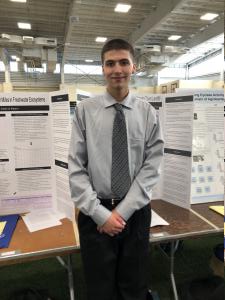 Samples of ants will be collected from areas within and around the perimeter of the Brookhaven town landfill located in Yaphank, New York. The Brookhaven town landfill covers roughly 282 acres of land (New York State Department of Environmental Conservation, 2018). The landfill has been known to leak toxins and odors such as hydrogen sulfide and methane gas, which has led to frequent complaints from residents in the surrounding neighborhoods. Such toxins have been linked to symptoms such as eye irritation, difficulty breathing, headaches, and sinus issues ( Agency for Toxic Substances and Disease Registry, 2016 ) . In order to better the impact of landfill ground toxins on biodiversity in this area, ants will also be collected from inside the landfill as well as a couple of locations outside on the perimeter of the landfill. Ants are a very promising species when it comes to studying pollutants effects on human health through their biodiversity. By using them as an indicator species, (