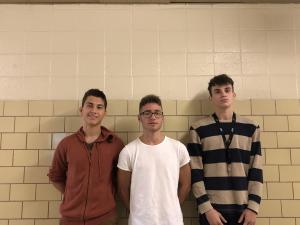 The Use of DNA Barcoding Techniques to Determine Biodiversity of Ants in Cunningham Park, Fresh Meadows, NY 11366

Biodiversity is one of the most important foundations of a healthy ecosystem. Recently, the discovery of DNA Barcoding has been proven to be a source of a great amount of information about the biodiversity of a particular area. Ants are an intricate part of an ecosystem. They exist by the thousands in communities, and have direct impacts on soil, plants, and other organisms. Cunningham Park is a tourist attraction because of its scenery and quiet environment. Cunningham Park, as famous as it is, does not have much published information on the biodiversity in the area, especially with regard to the ant population. Cunningham Park has gone through industrial changes, which has caused Cunningham Park to become smaller. This has led to animal species having to coexist in areas where they did not previously interact, because the land is scarcer. This means that species, which lost land due to industrialization, may have now made way to other ecosystems within the same park. By seeing how ma