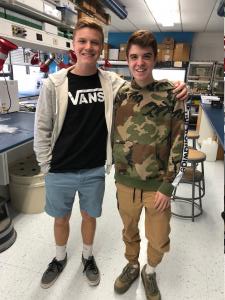 Amounts of excess phosphorus and nitrogen can be found in soil runoff, which increases the levels of these elements that can be found naturally in aquatic ecosystems of the Great South Bay (Beman et al., 2005). These increased levels can alter the environment, resulting in damaging effects on organisms’ populations, thus limiting biodiversity. A change in biodiversity will impact all the other organisms within the ecosystem, as well as significantly impact humans in the surrounding area. Long Island relies on the organisms in the bay both economically, as well as for consumption. Using eDNA to record various species, we can gain a better understanding of the biodiversity of the bay, therefore allowing us to better understand the impact that nitrate and phosphate levels have on aquatic ecosystems. We aim to observe the effect that nitrogen and phosphorus have on the biodiversity of an aquatic ecosystem, the Great South Bay.