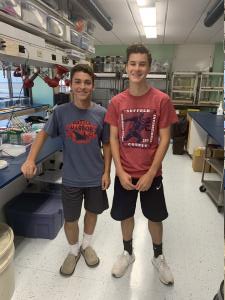 Benthic organisms live in the bottom sediments of a body of water (Tagliapietra & Sigovini, 2010). Benthic marine life is hard to identify because of their cryptic nature, small size, rare sightings, and part of not well known groups, making barcoding essential for their identification (Leray & Knowlton, 2015). Benthic invertebrates can act as bioindicators because they are sensitive to environmental changes such as pollution, making them useful to track human impact on bodies of water and surrounding habitats (“Regional Aquatics Monitoring Program”, 2007). This project aims to see if bay/open water ecosystems host a greater benthic invertebrate biodiversity than canal environments. It is hypothesized that open-bay ecosystems have a greater biodiversity of benthic invertebrates than canal environments. This may be attributed to limited water flow in a canal and a greater concentration of houses and industry near canals which can lead to more pollution.