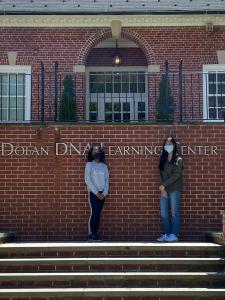 Overt or Undercover? Investigating the Invasive Species of Beetles on Long Island

Beetles are the largest group of animals on earth, with about 350,000 known species. Among these are many invasive species such as the Asian longhorn beetle and southern pine beetle which cause issues within an ecosystem, especially if the environment is habitable for them. Valley Stream State Park is an optimal location to collect a diverse range of beetles, as the land is abundant with trees and many species of beetles are arboreal. There is also a lot of land to collect ground beetles from. It is important to identify native and non-native beetle diversity on Long Island so that we can evaluate and address the impact of these species on the environment before their effects are irreversible. Using DNA barcoding, a process in which a species is identified using a piece of DNA, the beetle species will be identified to measure the amount of diversity in the area. If a diverse amount of species are identified, then non-native and/or invasive species will be found.