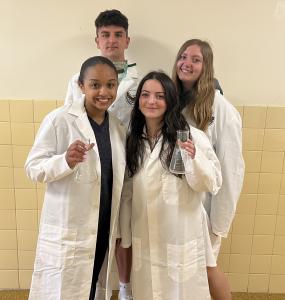 There are many factors that go into biodiversity of a species including human activity, climate, and pollution. According to a study done by McMullen and Lendemer, moisture is a key factor in species growth and biodiversity. They also found that lichens flourish and have more successful growth in environments of more moisture. Based on the background research that we did and our knowledge of lichen environments, that lead us to our research question: “Does moisture affect lichen biodiversity?” To test this question, we are collecting lichens from Valley Stream State Park. Considering the land features of the park and the areas that we are collecting from; our hypothesis is that moisture will produce more diverse lichens since fungi tend to flourish in moisture. To test our hypothesis and carry out our experiment, we will be collecting the lichens by cutting them off trees near a stream and trees further into the woods (away from the stream). Gathering lichen in two distinct locatio