These insects are important to the health of the planet, respond to changes in the environment, or are carriers of human disease. You can join other “citizen scientists”—people who work with professionals to do science—to help identify these fascinating insects!

What is DNA barcoding?

A "DNA barcode" is a unique pattern of DNA sequence that can potentially identify each living thing. With DNA barcodes, we can discover and catalog biodiversity on our planet using tools developed at the Cold Spring Harbor Laboratory DNA Learning Center.

Everyone knows what ants, mosquitoes, or beetles look like—but do you know how to identify one? Classifying insects using complicated guides takes patience and extensive training, especially to identify species that look very similar. This method is often too slow to track species.

DNA barcoding offers a simple solution by allowing citizen scientists to identify almost any insect. Doing so quickly and accurately can help us better understand the world and how it is changing. 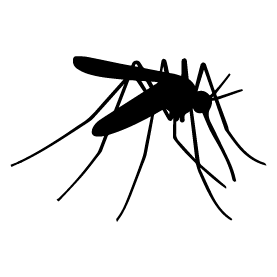 Mosquitoes have pestered almost everyone! Plus, they can carry diseases like malaria, Zika virus, and West Nile virus. However, mosquitoes are a vital source of food for many aquatic and terrestrial animals, and are important pollinators. Certain species can even be used to monitor water quality as their larvae need clean water to thrive. The U.S. is home to 176 of ~3,500 species of mosquito, including at least five that are invasive. 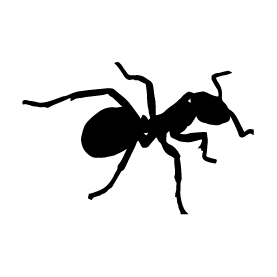 Ants are abundant, extremely diverse, and live in many environments, including in cities and around people. Pollution, development, and changes in temperature and humidity can affect ant populations and the number of ant species in a habitat, making them good indicators of environmental change. Scientists know there are about 1000 species in the U.S., but nobody knows exactly where many species live or if this is changing over time. 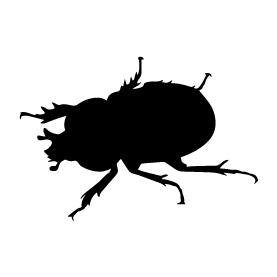 Are you surprised to learn that lady bugs are beetles? With nearly 30,000 species documented in the U.S., everyone has seen a beetle. Beetles are important as pollinators, decomposers, and predators that help to control pest species on crops. However, introduced invasive beetles spread quickly and destroy valuable forests, crops, and building materials.

What is happening to insects?

Biological diversity, or “biodiversity,” is a term used to describe the variety of species on our planet. Insects represent approximately 80% of the world’s animal species. Insects are important to Earth’s ecosystems and the species that depend on them, including humans. As the environment changes, species thrive, die out, or move to new locations; these changes in biodiversity can benefit or disrupt natural environments.

What’s causing environmental changes? Human impact—such as overpopulation, pollution, and deforestation—can have a big effect on insect biodiversity. Burning fossil fuels like oil affects the climate, including warming the world. With all this change, it is estimated that about 40% of insect species are declining in number. Knowing where species live and how they are moving will help us to make decisions about where to build, which wild areas to protect, and how to respond to changes.

What can we learn?

Learning where a species lives defines their known range. This is a hard task—there are many species, and some are rare or in hard to reach places, while others are hard to identify. Since DNA barcoding allows us to rapidly identify organisms, we can better map where species live and learn what environments they prefer. This can improve predictions of where else they might be found and where they could move in response to climate change or other human influences.

With your help, we can figure out where insects live and possibly find undiscovered species!

How can I help?

There are just too many creatures and places they live for scientists to study without help. This is why we need citizen scientists like YOU!

You can help with any or all of the steps for the DNA barcoding process: